This post is not one that I want to make. The posts on Daniels blogspot were tell of Daniels world. But sadly this is about about Daniels world. For you who have been following this spot, the purpose was to tell a little about Daniels life accomplishments . Daniel has not been with us for over four (4) years and his
Art program is in its forth year.
After waiting all this time for a trial date, we have been informed that the person who killed Dan made a plea to "voluntary manslaughter" By finally making plea
he will be given a 16 year sentence in Federal prison with a reduction of time to be
served reduced by four (4) years because of time all ready served !
The sad part of this is that he had admitted to the detective that he shot Dan.
Oakland being so over burdened with crime, has to hire private attorneys to be
a public defender. When the ( for money) public defender met with the killer,
they entered a NO GUILTY plea. So a trial was set. The original trial date was
scheduled for November 8 2008. But the public defender put a delay for the trial
to be determined at some later date. Finally a new trial was set for this November
the start date to be determined !. Then the Voluntary manslaughter was made.
Our justice system is broken !. If your a person that is charged with a crime and
your innocent then our system is in favor of the accused and that's the way it
should be. But in Oakland and in most cities in this country the person being
charged and the ones that are actually Guilty over (95%) plead NOT GUILTY.
And they most likely receive a tax payed attorney to defend them ! All a defense
attorney has to due is convince one juror that all facts are less that 100% and the Guilty goes free. If the crime had no witnesses , no DNA, any good attorney can create reasonable doubt that's what their taught in Law school !. I hate to be this negative, but there should be some additional penalty for a person that has pleaded NOT GUILTY and is in fact found GUILTY. A person would think hard if they were guilty and knew if found guilty would have additional time etc. to serve.
My next post will be more up lifting, I'm sorry for the negative tone of this spot.
But a wonderful young man lost 50-60 year. , No wife, children, career that he
was working so hard for. and the killer gets to be in prison only 16 years.Ive
always been very supportive of out criminal justice system. YES it is a very GOOD
system if your wrongly accused ! But the way it works now it's very BAD.

Posted by dans Inspiration at 3:13 PM No comments: 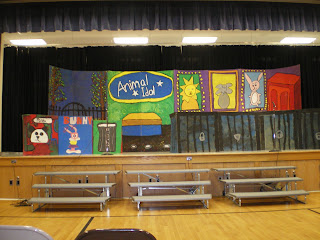 It has been way to long since I've brought you up to date on what's happening. The Daniel Robert Lynch (DRL) Art Education and Scholarship Program is doing much in the area of strengthing Art in our schools.
Daniel's webpage is being visited from around the world with added interest. One area of concern has been with as many of hits it received, the contributions received are disapointing.
I had a review made by a professional in web design and fundraising. His advise was to cut down on the site content, that it is too busy for expecting contributions. He noted that the site was very well done and interesting, but a bit too complicated for the purpose of asking for donations. He recommended that we keep the site "as is " and create a different site just for requesting contributions.
As Daniel's site was originally designed just for the memory and honor of Daniel, the area for asking for donations was not being considered. Daniel's site is very popular for what it's original intent was and therefore it will stay the same. We have had another site implemented for the contributions. The site is http://www.drlarteducationprogram.com/.
To bring you up to date on the DRL Art Education Program, many teacher grants have been awarded for art supplies, equipment and program activities. One thing that has become evident is that the schools just don't have the funds for teacher to do special art projects and activities. It is a well known fact that students learn far better by doing than just listening to a teacher lecture. The Drl Art Program recently sponsored a "Childs Opera." This was such an amazing project. The 4-5 grade classes wrote the opera themselves, not just one or two of the students, but ALL of the students had a hand in to the script. Talking about "getting along" and agreeing on something, then after they wrote the script, they had to build the scenery, actually build and draw all the scenes for the play. Then, with the help of a seamstress, they designed the costumes. After that, ALL the students had a part in the OPERA. It was amazing, and those children will remember their efforts for all their lives. It was so impressive to see the opera and what a great job the students did in all areas. The DRL Art Program was so proud to be able to help in this type of effort. Also a Total todate 6 Scholaeshipa have been awarded to Students
Posted by dans Inspiration at 11:04 AM No comments: