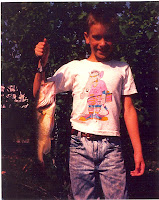 Later in Daniel's life he became very fond and protective of wild life and wanted to protect all wildlife. He believed that just hunting for the sport of it just didn't make sense. If you or your family needed food, then that was acceptable. Daniel loved his pond and the farm as did the family and we all wished that we would have stayed on the farm and lived the good, hard, way of life that a farm requires. Dan liked San Francisco, but the farm was his love.
Posted by dans Inspiration at 2:19 PM

View my complete profile
Please visit my website at www.dansinspiration.com